What is Paullinia Cupana? How to Use It for Your skin?

Well, what is paullinia cupana? No worries – in the next few minutes, you will become familiar with this plant and understand the chemical composition of paullinia cupana and whether it is good or bad for you.

Last but not least, I will tell you a few proven ways you could benefit from paullinia cupana, treating your skin and reducing the chances of developing cellulite!

Let’s start with the name!

Paullinia cupana has a more famous name among people, which is guarana! They are synonyms, and you could also meet it as Sapindaceae. In this post, we will use paullinia cupana and guarana interchangeably.

What is essential for you is all these signatures mean the same plant, which we will dissect a bit later in the text. Now let’s talk a bit about paullinia cupana history and geography.

Paullinia cupana is a plant in the maple family, which lives in Amazonia, Brasil. It climbs the jungle trees and has large leaves, but what matters most to us is its seeds.

The Paullinia cupana plant produces small red fruits, like coffee beans in size. When you peel the seed off, you can see the grain, which looks like a human eye.

There is a legend related to this resemblance. Even the etymology of the word guarana means “fruit like the eyes of the people.”

It contains four to five times as much caffeine as coffee beans!

Due to this fact, Brazilian people consumed it as a tonic drink for a century.

In the last few decades, guarana has become popular globally, mainly used as an energy drink or to facilitate losing weight and suppress the appetite.

Other people believe paullinia cupana is a powerful stimulant, and boosts their libido, acting as an aphrodisiac.

To understand the role of guarana in human health, we’d better decompose it and see what’s “under the hood.”

We will pay attention to five compounds of guarana, which primarily determine its properties.

1. As you already know, paullinia cupana possesses a lot of caffeine. In some other sources, you can meet it as guaranine, but be aware it is a synonym of caffeine.

Still, there is an opposite opinion, claiming that guaranine upgrades caffeine and is something like its better version. Anyway, let’s leave this scientific argument to chemists. What matters to us is it has incredible properties for our bodies and skin.

It has an antibacterial effect and helps your brain release dopamine, the hormone of happiness! But most important, caffeine sends direct signals to the fat cells, telling them to break down fat.

2. Theophylline stimulates the central nervous system and has an anti-inflammatory effect. It increases the blood flow and the blood pressure of the body.

3. Theobromine is heart stimulant. It widens blood vessels, thus reducing blood pressure. It has diuretic properties. You can find theobromine in cocoa, and dark chocolate, as well.

4. Catechin is a natural phenol and antioxidant.

5. Oleic acid is a monounsaturated omega-9 fatty acid. It regulates blood pressure and supports your body in burning fat efficiently. It is an essential compound of human breast milk.

Oleic acid is a shield, protecting your cells from free radicals in a better way than omega 3 and omega 6 fatty acids.

Okay, now you know what the core chemical components of paullinia cupana are and their role! What can we see there?

Let’s summarize the possible benefits of paullinia cupana, resulting in the following effects:

1. An antioxidant effect, fighting with free radicals in our body;

2. An energizing effect, making us more productive and valuable, removing fatigue. It is a natural energy booster;

4. A neurologic result, leading to enhancing dopamine release in the brain, making us feel happy, and reducing anxiety. This is actual antistress therapy;

5. Fat-burning outcome. Having more fat in the arteries is not something one should tolerate. Paullina cupana supports balancing blood circulation, thus tracing cardiovascular system is in good shape;

6. High concentration helps you think faster and have better mental performance. Your brain nerves can function better, and this is always good news.

Guarana is generally safe. The regulatory institutions in the USA and European Union approve it. You have to keep the intake in reasonable quantities. You might experience side effects if you overdose on paullinia cupana due to caffeine.

What can you feel if you consume a lot of guaranas? Stomach upset, insomnia, dizziness, nausea, headache, high blood pressure, high pulse, nervousness, increased urination, ringing in the ears.

More or less, all these symptoms are very well known from coffee consumption.

Just keep it within the usual dosage, and you will be fine!

Avoid paullinia cupana if you are pregnant or a nursing mom, as the baby can consume caffeine through breast milk.  Guarana may cause your baby to be premature or weigh less than usual.

How to use paullinia cupana for your skin?

Guarana seems to be an excellent substance for our body. It is logical that recently guarana seed extract has been used in energizing soft drinks. It is also used as an ingredient in herbal teas or dietary supplements.

But there is one more use of paullinia cupana, which turns to become famous nowadays. It is used in skincare products due to its fat-burning and antioxidant effect.

It is an excellent skin toner and can treat scars and acne.

It is appropriate for cellulite treatment.

Cellulite comes when the connective fibres between the muscles and the skin are not that strong. This is how fats move close to the surface, reshaping it into lumps.

Theophylline and caffeine compounds smooth your skin and reduce puffiness. Caffeine is a vasoconstrictor, which tightens up the blood vessels.

Caffeine and guarana for your skin?

Both caffeine extract and guarana extract have a fantastic effect on your skin! Suppose you consider using a skin care product that combines both ingredients. In that case, you will undoubtedly be on the right way, getting anti-ageing and anti-cellulite formula applied to your body.

Carrier oils, like avocado oil, sesame oil, or chamomile oil, will only make things better for you!

Well, I hope you are already familiar with what is paullinia cupana. If you have to get one conclusion from this text, I suggest you stop considering paullinia cupana as an exotic ingredient for a soft drink or tea.

Think of it as a powerful tool which can help your skin look beautiful and be healthy!

All you have to do is to be proactive. Find natural cosmetic products with paullinia cupana seed extract. Test them, and if they work well for you, your skin will be happy, and so are you!

I would love to hear from you! Do you (plan to) use paullinia cupana? Leave me a message, and I will answer you! 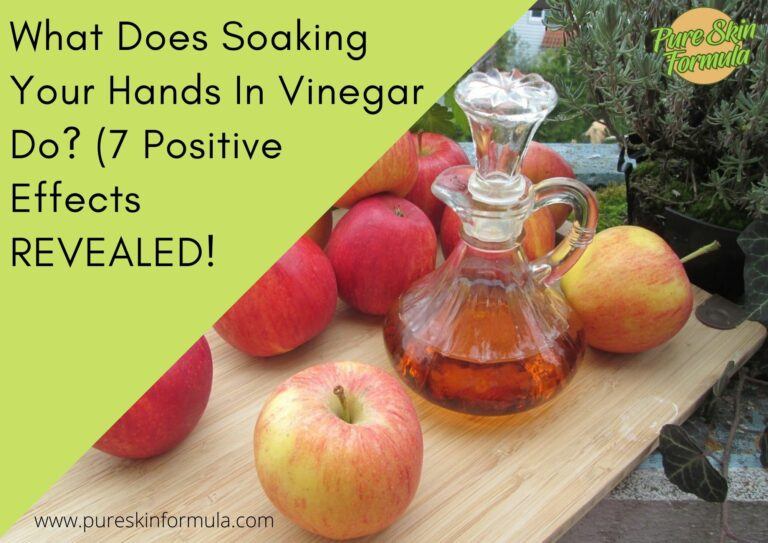 You would like to know what does soaking your hands in vinegar do.  I will reveal to you the main effects of vinegar on the hands and skin, what vinegar is, and what recipes with this product you can use to keep your skin in good condition.  In the comment below, I will mainly refer… 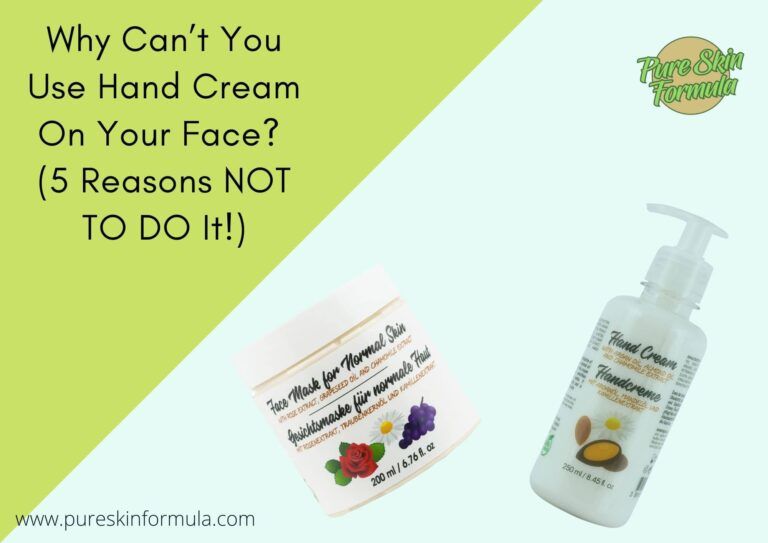 Have you ever asked yourself why can’t you use hand cream on your face? Well, treating your face with hand cream is not a crime. To answer this question thoroughly, I experimented with and applied both products (hand cream and face mask) on my face and explored the outcome.  The test results are described below… 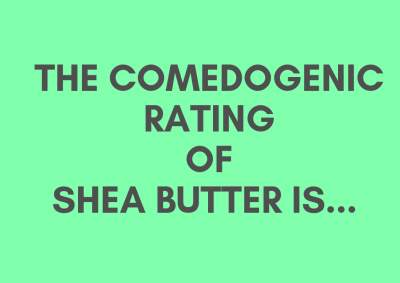 Hi there! Shea butter is one of the most popular cosmetic ingredients nowadays. According to Shea Butter Market Global Research Report, the total collectable production of Shea butter in 2015 was 600,000 tons! What is even more interesting, while the application of shea butter as food accounts for the largest share by usage, cosmetics is… 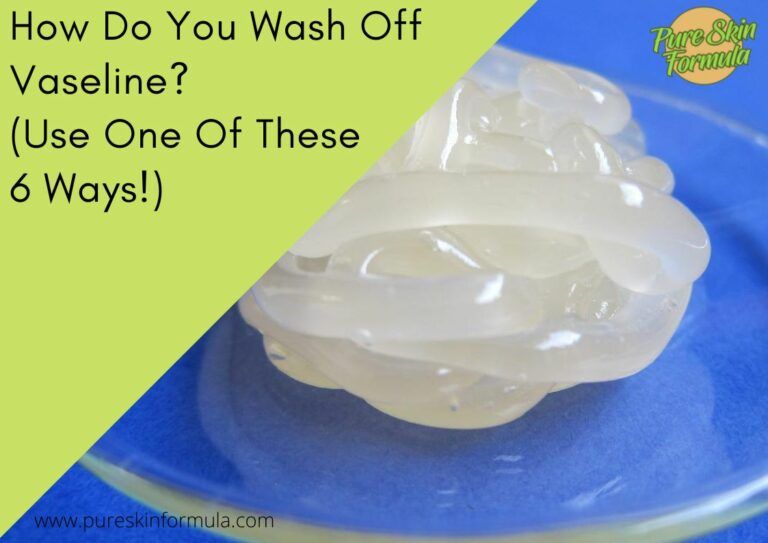 How do you wash off vaseline – from your skin, face, hands etc.? Sometimes just using water is not enough. What is the solution? Read below the list of 6 different ways you can apply. How do you wash off Vaseline? Let’s explore each of these six methods in detail. Use a konjac sponge Konjac… 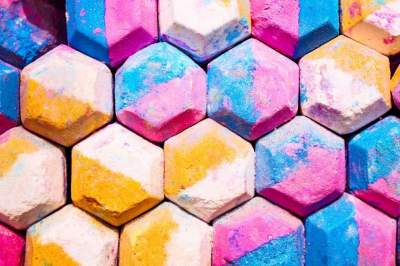 Hi, there! Today I will share with you what are the benefits of seaweed soap. You are correct to say, “what the heck is seaweed soap“?! Let’s make it this way. What is your primary association when you hear the word “seaweed”? Is it mainly connected with something like “a strange creature living in the… 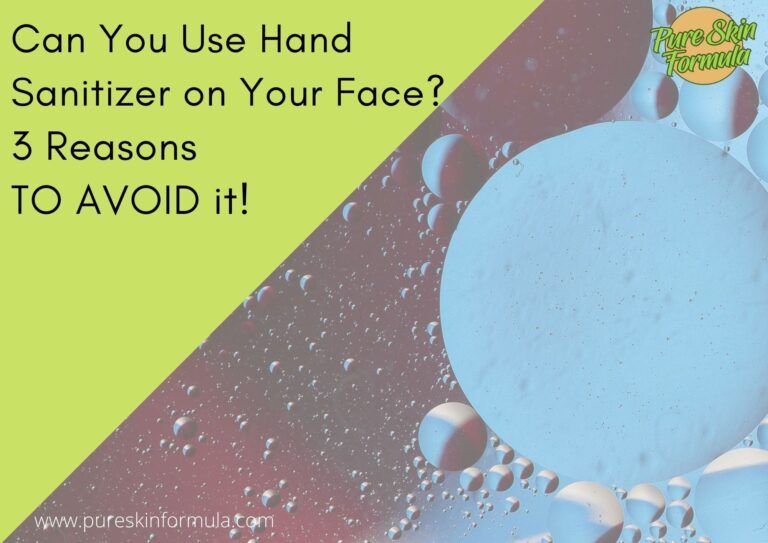